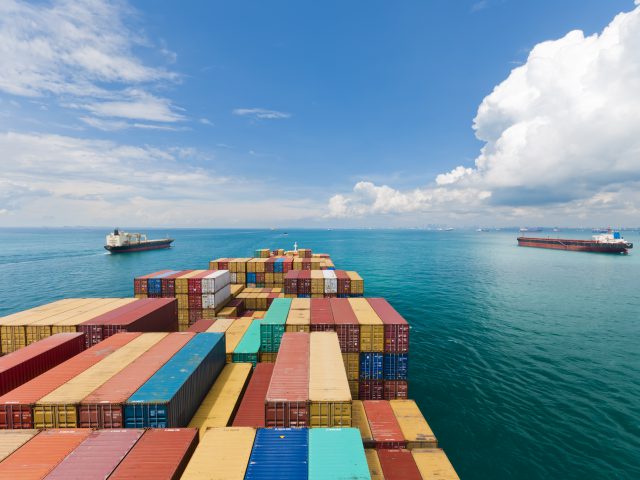 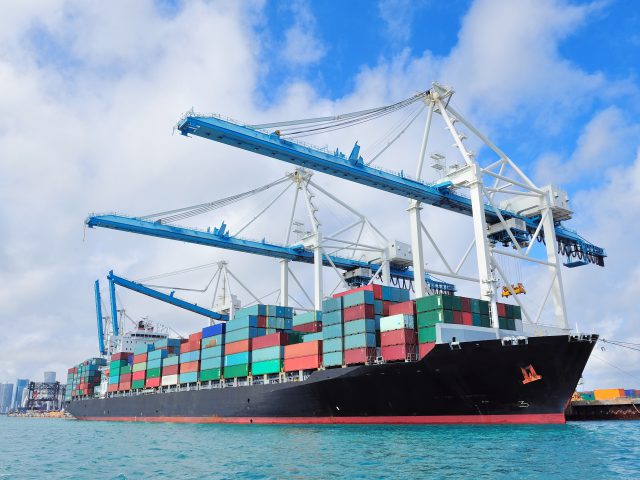 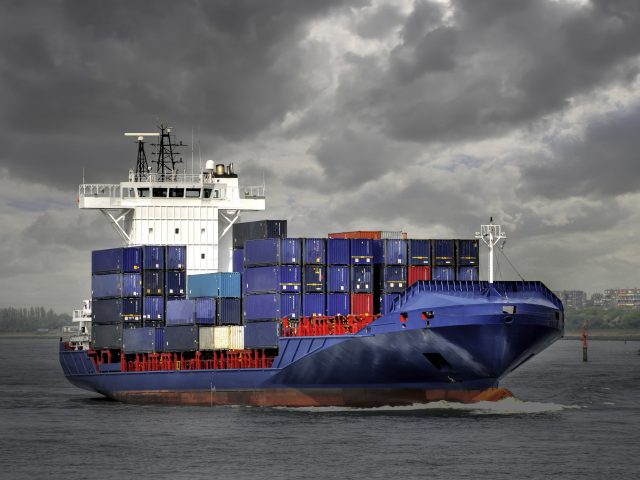 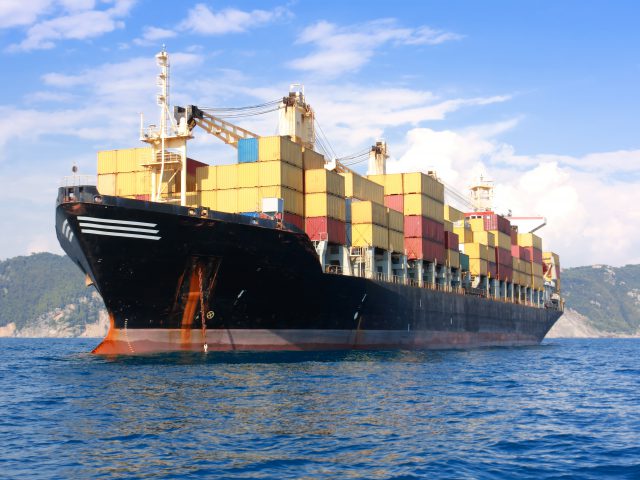 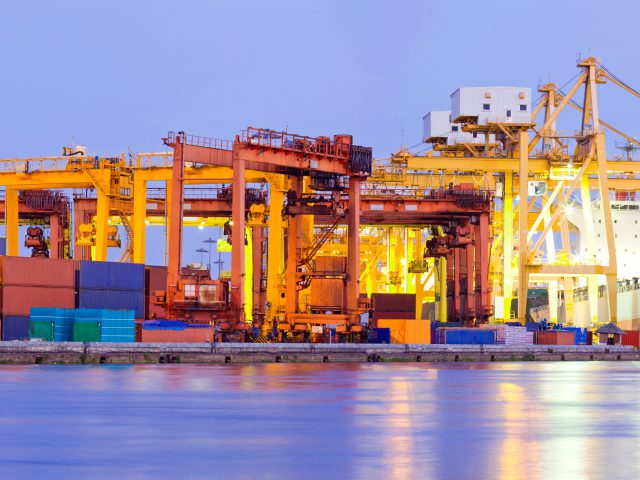 “Carriage” means the whole of the carriage, handling and storage of Goods, and other operations and services undertaken or performed by or on behalf of the Carrier in respect of the Goods.

“Charges” includes freight, dead freight, demurrage, detention, and all expenses and other money obligations incurred and payable by the Merchant with respect to the Carriage or otherwise under the applicable tariffs or this Bill of Lading.

“COGSA” means the Carriage of Goods by Sea Act of the United States of America approved on 16th April 1936, as amended and recodified from time to time.

“Goods” means the cargo described on the face of this Bill of Lading and, if the cargo is on, in or otherwise Stuffed into Containers supplied or furnished by or on behalf of the Merchant, includes the Containers.

“Governmental Authority” includes: all U.S. and foreign national, federal, state, local, and other governments; government corporations, authorities, boards, commissions, ports, bodies, and entities; and all departments, ministries, agencies, bureaus, offices, and subdivisions of any of the foregoing.

“Hague Rules” means the provisions of the International Convention for Unification of Certain Rules Relating to Bills of Lading signed at Brussels on 25th August 1924.

“Hague-Visby Rules” means the Hague Rules as amended by the protocol signed at Brussels on 23rd February 1968.

The terms “include,” “including,” and similar terms shall be construed as if followed by the words “but not limited to.”

international conventions and treaties to the extent applicable by the terms of this Bill of Lading, including without limitation the SOLAS Rules.

“Participating Carrier” means any other carrier by water, land, or air, performing any stage of the Carriage, including inland carriers, whether acting as sub-carrier, connecting carrier, substitute carrier, and/or bailee.

“Shipping Unit” means each physical unit or piece of cargo not shipped in a package including articles or things of any description whatsoever, except Goods shipped in bulk and irrespective of the weight or measurement unit employed in calculating freight charges, and includes the term “customary freight unit” as used in COGSA (where applicable by its own force or by agreement), and, otherwise, “unit” as used in the Hague Rules, the Hague-Visby Rules, or any national legislation adopting the Hague Rules or the Hague-Visby Rules.

“SOLAS Rules” means the requirements established under the International Convention for the Safety of Life at Sea, 1 November 1974, 1184 UNTS 3 as codified and amended from time to time, including any national legislation adopting SOLAS Rules and the amendment to regulation VI/2 (requiring the mandatory provision of the verification of the gross mass of packed containers and the Guidelines regarding the verified gross mass of a container carrying cargo (MSC.1/Circ.1475).

“Vessel” means the vessel named on this Bill of Lading and any other vessel, ship, barge, lighter, watercraft, or other means of transport which is or shall be substituted, in whole or in part, for such vessel.

agreements or engagements for the shipment of the Goods. All provisions of this Bill of Lading, whether written, typed, stamped, or printed, are accepted and agreed by the Merchant and shall be binding as fully as if signed by the Merchant, any local customs or privileges to the contrary notwithstanding. Nothing in this Bill of Lading shall operate to limit or deprive the Carrier of any statutory or other protection or exemption from or limitation of liability. If required by the Carrier, a signed original Bill of Lading duly endorsed must be surrendered to the Carrier or its agent at the Port of Discharge prior to the release of any Goods.

$500 lawful money of the United States per package, or in case of Goods not shipped in packages, per Shipping Unit, unless a higher declared value has been made and noted, and extra Charges paid, in accordance with Clause 6(b) hereof.

(ii) if Merchant directs that any Goods be moved from a container yard to a facility or the premises of any other third-party, and Goods are thereafter lost, stolen, or damaged, in whole or in part, while under the care, custody, or control of such third party or by a carrier that transports the Goods, Carrier shall have no liability for any such loss or damage whatsoever. If Merchant asserts a claim for such delay, non-delivery, mis-delivery, loss, damage, or any fault or negligence, and Carrier is required to defend against a claim or pay any claim related thereto, Merchant shall defend, indemnify and hold harmless the Carrier with respect thereto.

the Carrier at any time shall be entitled to do any or all of the following, without prior notice to Merchant: terminate the Carriage; store the Goods; transship or forward the Goods; divert the Goods; unpack Goods from their Containers; and, in the exercise of its reasonable discretion, dispose of the Goods in such way as the Carrier may deem advisable, and, without limiting the foregoing:

All actions under Clauses (w), (x), (y), or (z) above shall constitute complete and final delivery and full performance of this Bill of Lading, and the Carrier thereafter shall be freed from any responsibility hereunder.

losses incurred or suffered by reason thereof or by reason of any illegal, incorrect, or insufficient marking, numbering, addressing, or any other Particulars of the Goods.

explosion, breakdown, failure, or inoperability of any refrigeration, heating, cooling, humidity control, ventilation, or other control unit, including lack of fuel or power or interruption in fuel or power supply for any reason, unless shown to have been caused by the failure of the Carrier to exercise due diligence to properly operate temperature-, humidity-, ventilation-, or other controlled Containers.

Vessel’s unseaworthiness, or other reasons.

Carrier’s responsibility, unless such condition arises out of Carrier’s failure to provide a

and to do any matters mentioned above at the expense of and as agents for the Merchant and to engage other Persons to regain or seek to regain possession of the Goods and do all things deemed advisable for the benefit of the Goods.

Merchant acknowledges and agrees that Carrier retains constructive possession of the Goods until Carrier’s lien is satisfied as aforesaid. If Merchant defaults in the payment or performance of any such obligations or indebtedness, then Carrier may sell the Goods by public auction or private sale. Any notice required by Law to be given by Carrier of a sale or other intended action with respect to any Goods or documents, made by sending same to Merchant at least ten days prior to any proposed action shall constitute fair, reasonable, and adequate notice to Merchant. Without limiting Carrier’s rights under any Law, no advance notice is required if the Goods to be sold are perishable or subject to rapid deterioration or are of a type sold on a recognized market. If, on sale of the Goods, the proceeds fail to cover the amount due and the cost and expenses incurred, the Carrier shall be entitled to recover the deficit from the Merchant.

where the owners, operators, or those in charge of any ship or ships or objects other than, or in addition to, the colliding ships or objects are at fault in respect of a collision or contact.

Anti-Boycott regulations, and the various U.S. economic sanctions programs administered by the

U.S. Treasury Department’s Office of Foreign Assets Control, and that the information that Merchant provided to Carrier in connection with Merchant’s compliance with all such applicable

Laws is true and complete. The Merchant shall also comply with all applicable Laws of any other country to, from, through, or over which the Goods may be carried, including all applicable Laws relating to the packing, SOLAS Rules relating to the verified gross mass of containers, carriage, or delivery of the Goods. Merchant represents and warrants that the export jurisdiction and classification of the Goods is correct and that it shall immediately notify Carrier in writing of any changes to such information. Pursuant to the foregoing, Merchant shall furnish such information and attach documents to this Bill of Lading as may be necessary to comply with all applicable Laws. Merchant shall indemnify and hold Carrier harmless against any and all claims, losses, or damages arising from the conduct of Merchant or any of its officers, directors, employees, agents, owners, shareholders, or other Persons acting for or with Merchant that constitutes a violation of Merchant’s obligations, representations, and warranties contained herein.

consequential or exemplary damages, or other money, and including the Carrier’s litigation

expenses and reasonable attorneys’ fees) incurred by the Carrier in connection with or arising from any one or more of: (i) any breach of any representation, warranty, indemnity, or covenant by Merchant, including any failure of the Merchant to pay or perform its obligations to the Carrier or to any third party (including any carrier, vendor, vendee, holder of this Bill of Lading, Governmental Authority, or other Person); (ii) any other claim by any such third party; (iii) all claims and liabilities and all expenses arising from the Carriage insofar as such claim or liability exceeds Carrier’s liability under this Bill of Lading; (iv) breach of the applicable tariff or this Bill of Lading by Merchant; and (v) the negligence, gross negligence, willful misconduct, or unlawful acts or omissions of Merchant. The confiscation or detention of the Goods or other property by

hereby incorporated by reference. Carrier’s Project Cargo Terms and Conditions can be found at www.expeditors.com.

jurisdiction, such provision shall be severed therefrom or shall be reformed only to the extent necessary to be enforceable to such circumstance, Person, or place; and such provision as applied to other circumstances, Persons, or places, and the remainder of this Bill of Lading, shall remain in full force and effect.